We are using our proprietary LYTAC (lysosomal targeting chimeras) Platform to discover and develop first-in-class therapeutics that degrade extracellular and membrane-bound proteins. Our LYTAC degraders have the potential to drive a range of difficult-to-treat diseases, including cancers and autoimmune conditions.

Founded in 2019, we are privately held and backed by a syndicate of blue-chip investors. We are headquartered and have laboratory space in the thriving South San Francisco biotech hub.

LYTAC binding to receptor on the cell surface

In July 2020, Carolyn Bertozzi, Ph.D. and her team at Stanford University published a transformational paper that characterized a new class of molecules called lysosome-targeting chimeras, or LYTACs. In the paper, Dr. Bertozzi and her team described a new method of engineering an antibody to shuttle a targeted extracellular protein into the lysosome, a cellular component inherently responsible for degradation. Versant Ventures subsequently licensed the technology, and Lycia, ultimately, was born.

Read Dr. Bertozzi’s original paper on LYTACs and learn how Lycia has continued to evolve this novel technology to expand its potential applications.

Learn more about our platform.

We are led by a team of seasoned industry executives who bring a mix of emerging biotech and large pharma experience and expertise. Our Board of Directors and Scientific Advisory Board comprise renowned industry leaders and academic visionaries whose strategic guidance and insights are helping support the growth of our company and advancement of our pipeline.

Leadership
Board of Directors
Founder
Scientific Advisory Board 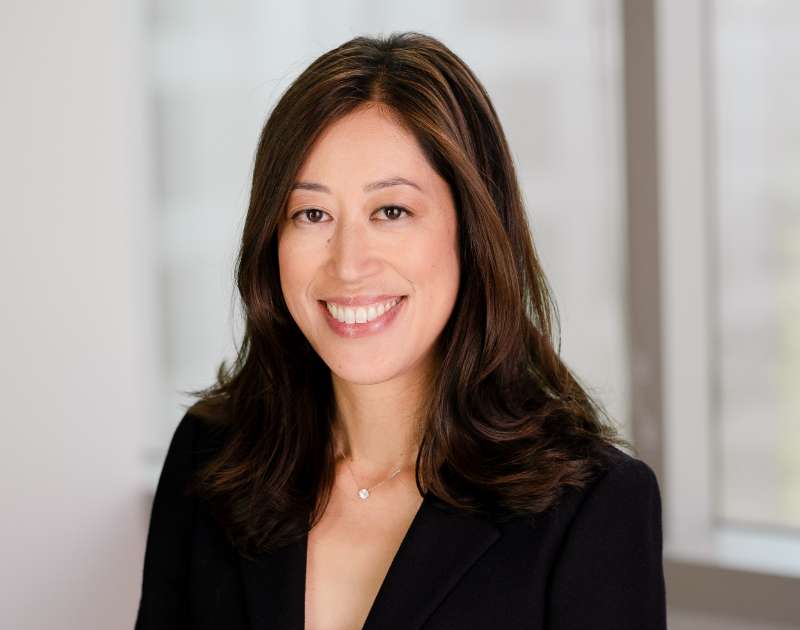 Aetna Wun Trombley, Ph.D. has served as President, Chief Executive Officer and a member of Lycia’s board of directors since April 2020.  She has also served as an independent director of Carmot Therapeutics since 2016.  Prior to joining Lycia, Aetna was President and Chief Operating Officer of NGM Biopharmaceuticals (NASDAQ: NGM), where she had broad strategic and operational responsibilities for nine years.  At NGM, she was instrumental in establishing multiple strategic partnerships and a successful initial public offering in 2019.  Previously, she served as Chief of Staff for the Chief Executive Officer of Novartis and was a management consultant at McKinsey & Company. She received a B.S. in Chemistry from the University of California, San Diego and a Ph.D. in Chemistry from MIT. 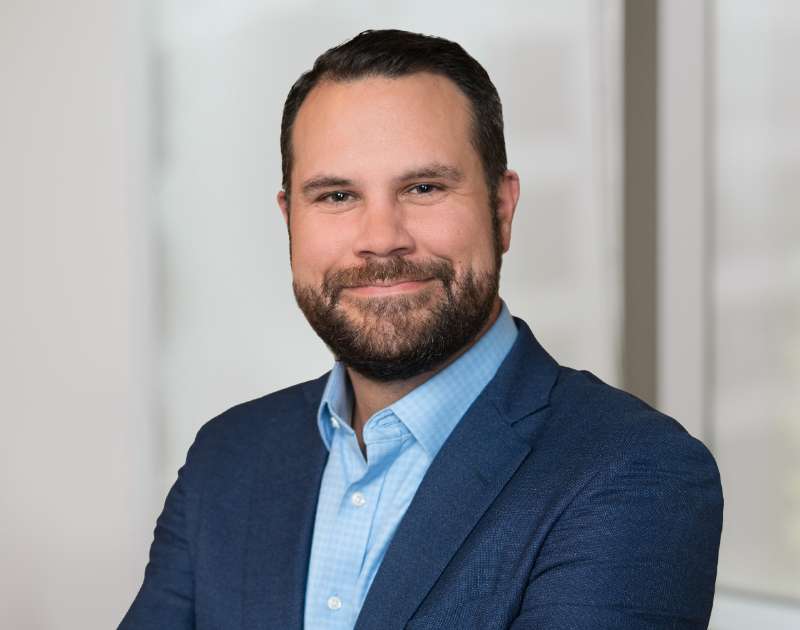 Steve Staben, Ph.D. joined Lycia Therapeutics as Chief Scientific Officer in October 2021.  Prior to Lycia, he spent over 14 years at Genentech leading drug discovery programs in oncology and immunology as well as new modality platforms.  His basic research interests include new mechanisms for modulation of therapeutic targets, including applications of induced proximity.  He has co-authored over 70 peer reviewed articles and patent applications.  Steve holds his Ph.D. in organic chemistry from the University of California, Berkeley. 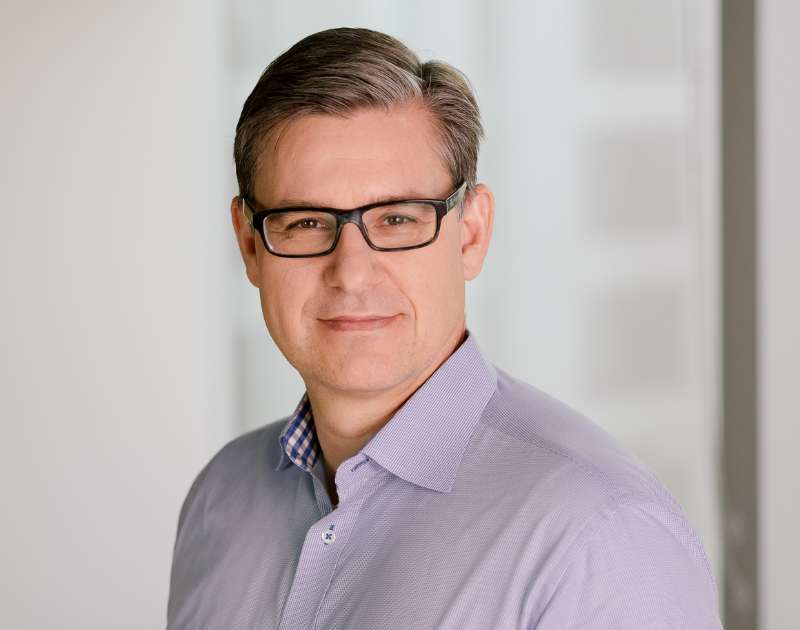 Christian Hofmann, Ph.D. joined Lycia as Chief Business Officer in August 2020. Prior to Lycia, he was a member of the Partnering group at Roche/Genentech where he negotiated licensing and collaboration agreements in neuroscience, ophthalmology, and rare diseases. Before Roche/Genentech he held business development and portfolio management positions of increasing responsibility at several start-ups and Roche Diagnostics. Christian started his business career as a consultant at McKinsey & Company in the Pharmaceuticals and Medical Device practice both in Europe and the US.  Christian obtained his Ph.D. in Molecular Cell Biology from the University of California, Berkeley and a B.S. both in Molecular Biophysics and Biochemistry and in Applied Physics from Yale University. 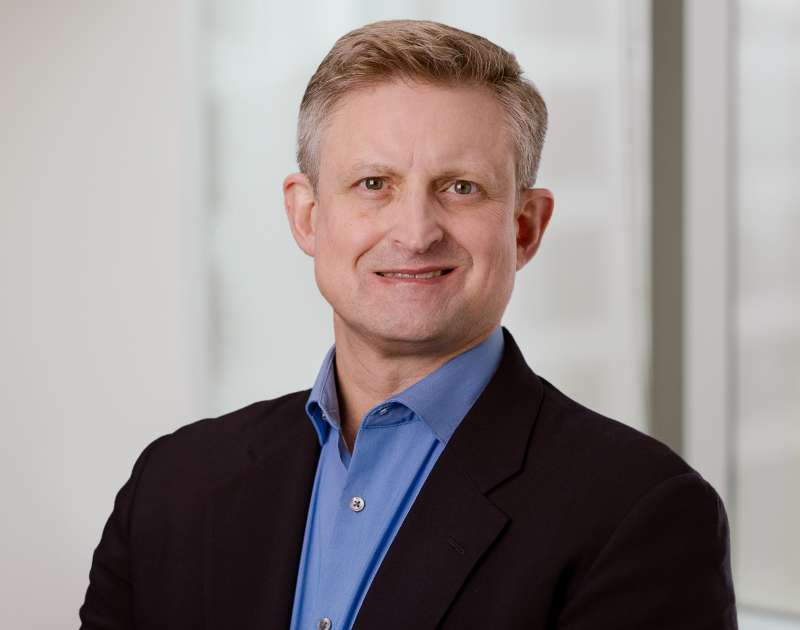 Jason G. Lewis, Ph.D. joined Lycia Therapeutics as Vice President and Head of Chemistry in September 2021.  Prior to that, he has served as Vice President of Medicinal Chemistry at Ardelyx where he built a broad chemistry platform in GI selective therapeutics. Jason’s passion is applying innovative chemistry and data driven design to the discovery of differentiated therapeutics. Since beginning his pharma carrier in 1992 Jason has held positions with Gilead, Vicuron and Threshold Pharmaceuticals and worked in collaboration with KKC, Astra Zeneca, Sanofi, Pfizer and Novartis.  He graduated from Stanford with a B.S. in Biology and earned his Ph.D. in Chemistry at University of California, Berkeley under Prof. Paul A. Bartlett. Jason’s numerous patents and publications span the areas of Organic Synthesis, Antimicrobials, Targeted Chemotherapy, Therapeutic Oligonucleotides, Drug Delivery, and novel ligands for GPCR and SLC transporter targets. 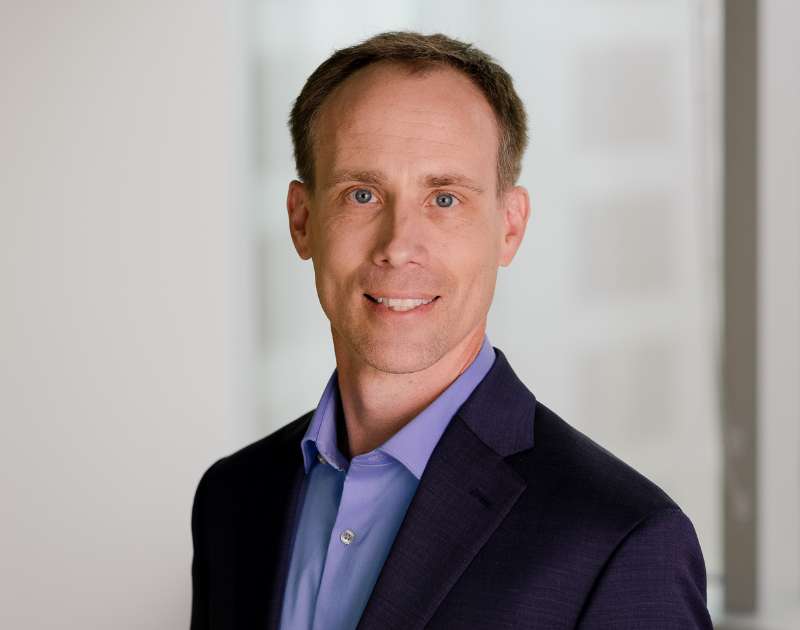 Darrin Lindhout, Ph.D. joined Lycia in September 2020 and currently is our Executive Director, Head of Biologics, providing leadership for our biologics and discovery research efforts. He was most recently Director, Protein Sciences at NGM Biopharmaceuticals (NASDAQ:  NGM), where he spent 11+ years building the biologics capabilities.  While at NGM, he directly contributed to seven IND candidates and was involved in protein engineering and research processes spanning metabolic, oncology and ophthalmology indications, resulting in more than 20 granted patents pertaining to protein structure/function.  Prior to NGM, Darrin completed his post-doctoral research at Stanford University School of Medicine in the Department of Structural Biology in 2008 and received his Ph.D. in Biochemistry from the Department of Biochemistry at the University of Alberta in 2005. 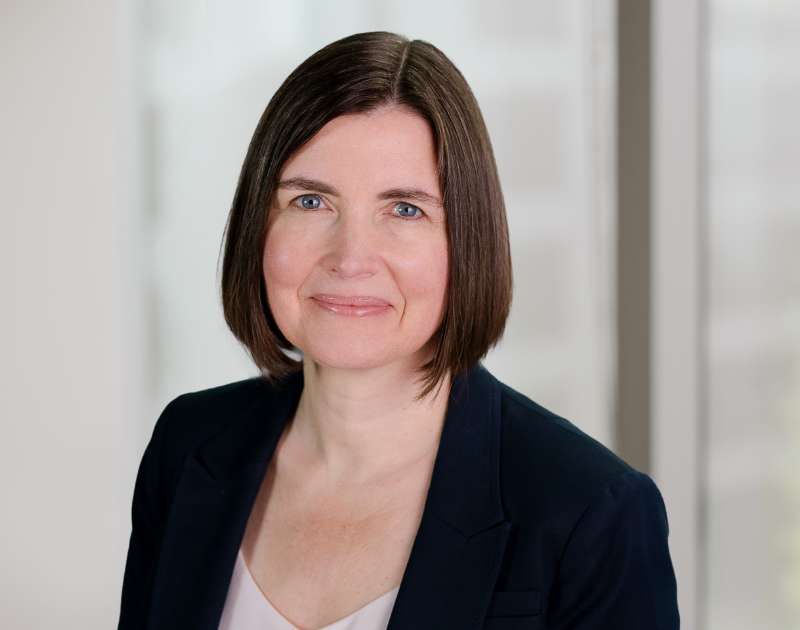 Sarah McWhirter, Ph.D. serves as Vice President, Head of Biology at Lycia Therapeutics.  Prior to Lycia, she served as Executive Director of Research and Translational Medicine at Aduro Biotech.  At Aduro, Sarah was promoted into roles of increasing responsibility where she was the primary R&D lead for the Novartis partnership developing STING agonists for oncology that led to a first-in-human STING agonist. She and her team also spearheaded discovery efforts that enabled a research collaboration and licensing agreement with Eli Lilly to develop therapeutics for autoimmune and inflammatory diseases.  Prior to Aduro, Sarah supervised research activities in Dr. Mark Schlissel’s laboratory at University of California, Berkeley.  Sarah earned her Ph.D. in Molecular and Cell Biology from the University of California, Berkeley and conducted postdoctoral fellowship in at Harvard University in the laboratory of Dr. Tom Maniatis.

Mr. Rieflin became chair of Lycia’s Board of Directors in December 2020.  He is currently Executive Chairman of the Board of Directors of NGM (NASDAQ:  NGM), after having served as Chief Executive Officer of the company and a member of its Board from September 2010 to September 2018. Prior to joining NGM, he was President of XenoPort, Inc. (NASDAQ: XNPT), which was acquired by Arbor Pharmaceuticals in 2016, and Executive Vice President, Administration, Chief Financial Officer, General Counsel and Secretary for Tularik Inc. (NASDAQ: TLRK), which was acquired by Amgen Inc. in 2004. Previously, he was Vice President, Human Resources, General Counsel and Secretary for AMSCO International, Inc. (NYSE: ASZ). He was also an associate at Sidley & Austin in the corporate and securities department. In addition to Lycia and NGM, he is currently on the Board of Directors of Kallyope, Inc., Lyell Immunopharma, Inc. (NASDAQ: LYEL) and RAPT Therapeutics, Inc. (NASDAQ:  RAPT). Mr. Rieflin earned his B.S. from Cornell University, his M.B.A. from the University of Chicago Booth School of Business and his J.D. from Stanford Law School.

Ming is a Managing Director at Redmile Group, LLC, a healthcare-focused investment firm.  Prior to joining Redmile in 2016, Ming worked in the healthcare space as an investor at Safeguard Scientifics, a consultant at McKinsey & Company and ZS Associates, and an operator at Gilead Sciences.  Ming graduated with a B.A. in Computer Science from UC Berkeley and an MBA in Finance and Healthcare Management from the Wharton School of Business.

Dr. Ozawa is a managing director at Versant Ventures with a focus on investments in the Bay Area and San Diego. Previously, she was COO of Inception Sciences, where she was responsible for strategic business development, operations and finance for the Inception Sciences research sites in San Diego, Vancouver and Montreal. During her tenure at Inception, she assumed leadership roles in the creation and management of six new companies launched in partnership with academic researchers and major biopharmaceutical companies. Prior to Inception, Dr. Ozawa was an investment professional at Versant, where she was involved in several successful investments including Flexion (2014 IPO), BioTie (sale) and Quanticel (sale).  Earlier in her career, she worked at Novartis Pharma in the Office of the CEO and was at McKinsey & Company.  Dr. Ozawa earned her B.S. in biological sciences with honors and distinction from Stanford University, and a Ph.D. in neurosciences from Stanford University Medical School.

Aetna Wun Trombley, Ph.D. has served as President, Chief Executive Officer and a member of Lycia’s board of directors since April 2020.  She has also served as an independent director of Carmot Therapeutics since 2016.  Prior to joining Lycia, Aetna was President and Chief Operating Officer of NGM Biopharmaceuticals (NASDAQ: NGM), where she had broad strategic and operational responsibilities for nine years.  At NGM, she was instrumental in establishing multiple strategic partnerships and a successful initial public offering in 2019.  Previously, she served as Chief of Staff for the Chief Executive Officer of Novartis and was a management consultant at McKinsey & Company. She received a B.S. in Chemistry from the University of California, San Diego and a Ph.D. in Chemistry from MIT.

Dr. Woiwode has been with Versant Venture Management, LLC, or Versant Ventures, a healthcare investment firm, since 2002 in various capacities, serving as a managing director since July 2014 and previously as a venture partner from June 2011 to July 2014. He has also served in a number of operating roles over this time, most recently as the chief operating officer of Okairos AG, or Okairos, a biopharmaceutical company developing genetic vaccines for major infectious diseases, from April 2011 until May 2013. Prior to Okairos, Dr. Woiwode co-founded EuroVentures, a wholly owned biotechnology incubator within Versant Ventures, and in this role, served as the founding chief business officer for three biotechnology companies created within Versant Ventures. Before joining Versant Ventures, Dr. Woiwode also served as a research scientist at XenoPort, Inc. Dr. Woiwode serves on the board of directors of several private companies and on the board of directors of five public companies: Adverum Biotechnologies, Aligos Therapeutics, Passage Bio, Tempest Therapeutics and VectivBio.  Dr. Woiwode holds a B.A. in English and a B.S. in Chemistry from the University of California, Berkeley and a Ph.D. in Organic Chemistry as an NSF Fellow from Stanford University. 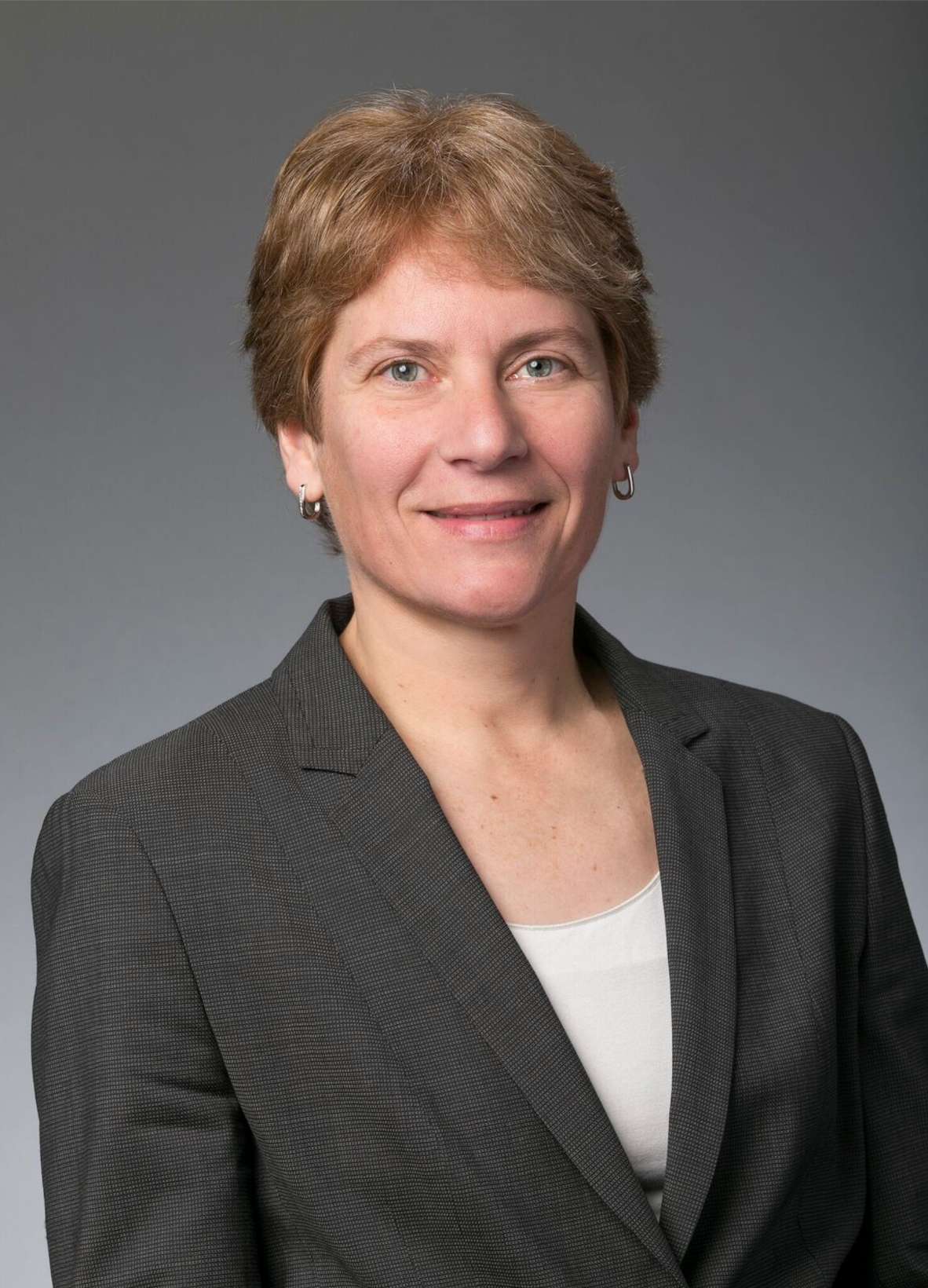 Professor Bertozzi is the Anne T. and Robert M. Bass Professor of Chemistry and Professor of Chemical & Systems Biology and Radiology at Stanford University, and an Investigator of the Howard Hughes Medical Institute. She completed her undergraduate degree in chemistry from Harvard University in 1988 and her doctorate in chemistry from University of California, Berkeley, in 1993. After completing postdoctoral work at University of California, San Francisco, in the field of cellular immunology, she joined the UC Berkeley faculty in 1996.

In June 2015, she joined the faculty at Stanford University coincident with the launch of Stanford’s Chemistry, Engineering & Medicine for Human Health (ChEM-H) Institute. Professor Bertozzi’s research interests span the disciplines of chemistry and biology with an emphasis on studies of cell surface glycosylation pertinent to disease states. Her lab focuses on profiling changes in cell surface glycosylation associated with cancer, inflammation and bacterial infection, and exploiting this information for development of diagnostic and therapeutic approaches, most recently in the area of immuno-oncology. She has been recognized with many honors and awards for her research accomplishments.

She is an elected member of the Institute of Medicine, National Academy of Sciences, and American Academy of Arts and Sciences. She has been awarded the Lemelson-MIT Prize, the Heinrich Wieland Prize and a MacArthur Foundation Fellowship, among many others.

Professor of Molecular and Cell Biology, University of California at Berkeley
Bio

“Lycia’s focus on the untapped extracellular proteome and the potential to leverage the LYTAC platform across therapeutic modalities, including small molecules and antibodies, has the potential to transform the protein degradation field.”